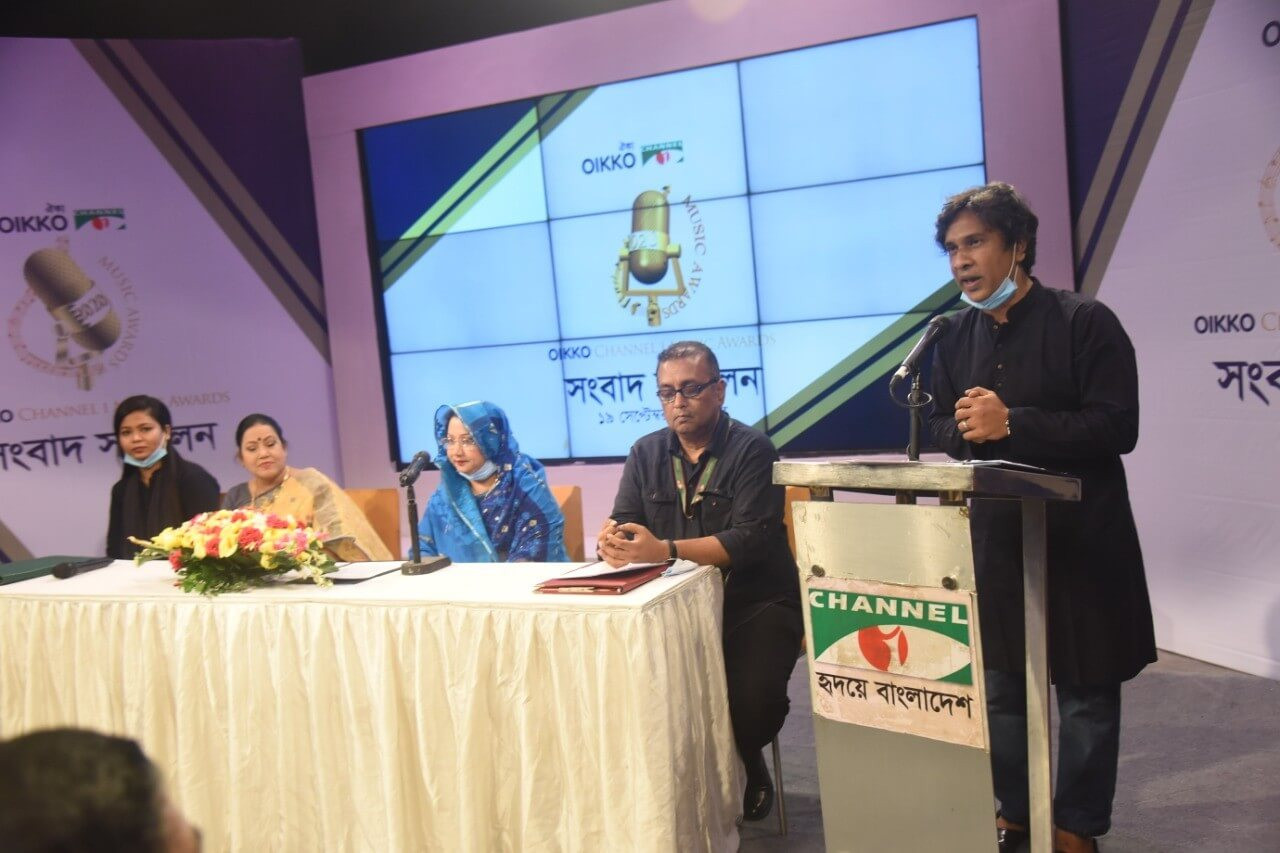 The ‘Oikko Channel i Music Awards 2020’ was held at an elite hotel in Dhaka in December. The 15th edition of the music awards was sponsored by Oikko Foundation and was brought to you by Oikko Store and oikko.com.bd.

In addition to the ‘Lifetime Achievement Award’ for outstanding contribution to music, critic awards will be presented in a total of 14 categories. Ijaz Khan Swapan was the program planner and director of the event.

For this purpose, the program planner presented the details of the program at a press conference held on October 19 at Channel i office in the capital.

At the press conference, Apu Mahfuz spoke about the ‘Oikko Channel i Music Awards 2020’ as the manager of Channel i.

Rezwana Choudhury Bannya wished for the program’s prosperity over a phone call. She said, “Amid such a global disaster, Channel i is showing a beacon of light from the distant darkness. We will take it as the light of hope for a new life.”

The President of Oikko Foundation further thanked Channel i for allowing them to follow this light of music.